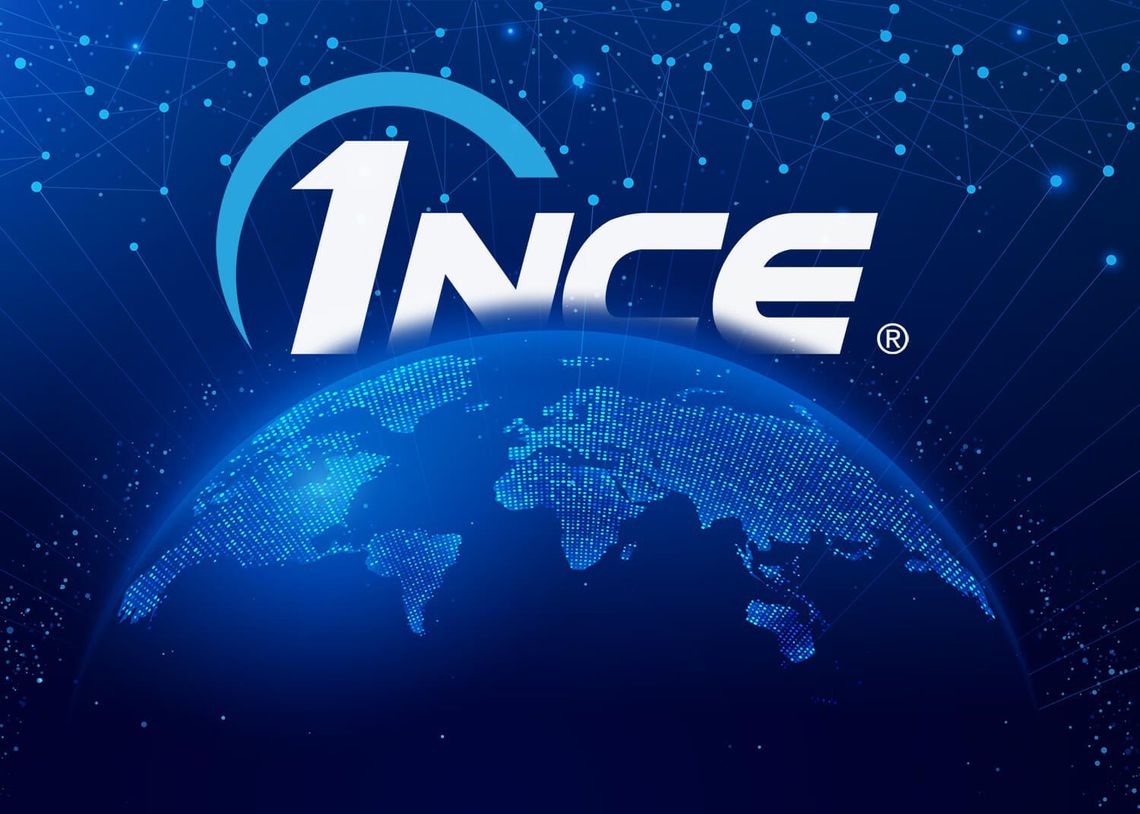 Cologne, Germany (June 22, 2022) – 1NCE, the only provider of connectivity and software for IoT at a global flat rate, today announced at Embedded World Nuremberg a significant expansion of its global IoT network coverage.

As part of the global expansion of 1NCE services, the company has doubled its footprint of Narrowband-IoT (NB-IoT) coverage and now has one of the world’s largest NB-IoT coverage maps, available at a single price worldwide. According to analysts, 80 percent of IoT projects don't require broadband speed. This makes NB-IoT, a licensed Low Power Wide Area (LPWA) technology, a perfect match. Additionally, 1NCE extended its 2G, 3G and 4G coverage to more than 20 new global destinations, which lifts the company’s total footprint to 140 countries.

"The demand for cross-border availability of low power networks is increasing as more companies and cities realize the power that IoT-driven intelligence can have in creating a strong impact in their field,” said Ivo Rook, COO at 1NCE. “Network availability without the hassle of multiple vendors is critical for large scale, multinational IoT deployments in every industry. Our strong focus on expanding the availability of NB-IoT and LTE-M for 1NCE’s customers is what will unlock IoT to customers who have real power to change the world for the better.”

IoT made easier and more affordable for multinational deployment

1NCE delivers true cross-border, future-proof IoT connectivity and software services without uncertainty over the lifetime of the device. Since 2017, 1NCE has changed the IoT industry by providing global flat rate connectivity for IoT sensors for the lifetime of the device. The majority of IoT projects require multinational deployments, but few mobile network operators (MNOs) have the capability to meet cross-border demands.

NB-IoT is a narrowband radio technology that is increasingly used by IoT sensors in remote locations that have few options for connectivity and no external power source. Thanks to its energy efficiency and optimized signal range, it is ideally suited for battery powered devices in smart metering, smart farming, and asset tracking applications, among other IoT use cases.

For only €10 for 10 years, customers can deploy, connect, and manage IoT sensors across the globe. The 1NCE IoT Lifetime Flat is simple: 500 MB of data and 250 SMS, for as little as a Euro per year per device. This makes IoT applications affordable and scalable. The multimode SIM card developed by 1NCE enables a smooth transition between different communication standards, with no additional costs for roaming or setup.

More than 8,500 customers worldwide already trust 1NCE with more than 10 million managed connections. The 1NCE IoT Lifetime Flat can be ordered via the 1NCE Online Shop and the AWS Marketplace . Business customers can also test up to 100 free SIM cards with 12 months of IoT Flat Rate connectivity. All SIM cards are delivered hot out of the box and already activated within a few business days. 1NCE supports all radio standards (2G, 3G, 4G/LTE-M and NB-IoT).

1NCE is the only provider of connectivity and software for IoT at a global flat rate – offering fast, secure, and reliable cellular connectivity and software services in 140 countries worldwide. The 1NCE IoT Lifetime Flat is designed to last over the entire lifetime of an IoT device with a one-off payment of $10 (€10) for 10 years, making IoT applications affordable and scalable for smart utilities, asset tracking, vehicle telematics and other uses. The company – founded in 2017 by CEO Alexander P. Sator together with Deutsche Telekom AG – is headquartered in Cologne, Germany and has 200 staff in Amsterdam, Cologne, Hamburg, Hong Kong, London, Miami, Paris, Riga, Rome, and Warsaw. Learn more online and follow 1NCE on Twitter and LinkedIn.