For battery-powered sensors in the Internet of Things, it is important to function with the available energy for as long as possible. Saving energy can be achieved in many ways. The simplest method: The device is only switched on intermittently and spends the rest of the time in sleep mode. The disadvantage: During sleep mode the device is not accessible from the outside. Developers must find a compromise between a constant data flow and the necessary idle time.

There are many ways to extend battery lifetime in cellular networks. Power Saving Mode (PSM) and “extended Discontinuous Reception” (eDRX) are only two of them. In our multiple part blog series, we want to take a closer look on how developers can get the maximum runtime out of their devices and where to expect obstacles.

Power saving with NB-IoT and LTE-M

In mobile communications, "Narrowband IoT" (NB-IoT) and "Long Term Evolution for Machines" (LTE-M) have established themselves as "low power" networks (LPWAN). The narrowband transmission technologies are particularly economical in terms of energy consumption. For even greater energy efficiency, additional time intervals can be defined in which the devices switch to a sleep mode: In mobile communications, these functions are called PSM and eDRX.

What appears to be a simple solution in the first place becomes complicated when the final product needs to be scaled up in larger quantities and/or deployed globally. This is because PSM and eDRX depend on the respective network operator and are sometimes not available at all. In this blog series, we want to discuss the advantages and disadvantages of this method and later present a scalable and powerful add on or even alternative.

NB-IoT and LTE-M (also called LTE Cat M1) have been explicitly developed in mobile communications for the communication of so-called "constrained devices". Devices and sensors that are powered by a battery independently of a permanent power source. Classic applications are mobile tracking devices or sensors in remote locations, such as in open fields, far from any power source. Since these sensors usually only need to transmit small measurement of data such as temperatures or coordinates in intervals rather that delivering a constant data stream, they should be able to live for as long as possible on one battery charge. The reason is simple: It is time-consuming and expensive to replace the batteries on a regular basis after only a short runtime.

PSM and eDRX are depending on the cellular network operator

Two functions for saving power have become established in the minds of many IoT developers: PSM and eDRX. Both basically control time intervals in which the devices remain in a kind of sleep mode and only wake up occasionally to communicate with the network. The range extends from a few minutes to several days. The disadvantage: Mobile network operators must support these functions. In addition, developers cannot freely choose the time intervals with some providers but have to adapt them to the network operator's specifications.

Overview of NB-IoT connection states and energy consumption with PSM and eDRX of an IoT-Device.

What does the Power Saving Mode (PSM) do?

The Power Saving Mode puts the device into a kind of deep sleep and thus saves energy: Let's assume we are using a weather station in a field that is supposed to provide us daily with data such as temperature, wind speed or soil moisture. It doesn't make sense for the station to maintain constant communication with the mobile cell and continuously transmit data; that consumes far too much energy.

In this application, it is quite enough to transmit data at longer intervals, about an hour. Therefore, after transmitting the data, the weather station falls into an idle mode for a few seconds. In this mode, it keeps the connection to the network operator open and listens in order to be able to accept commands if necessary. This idle mode already consumes less energy than a full connection. 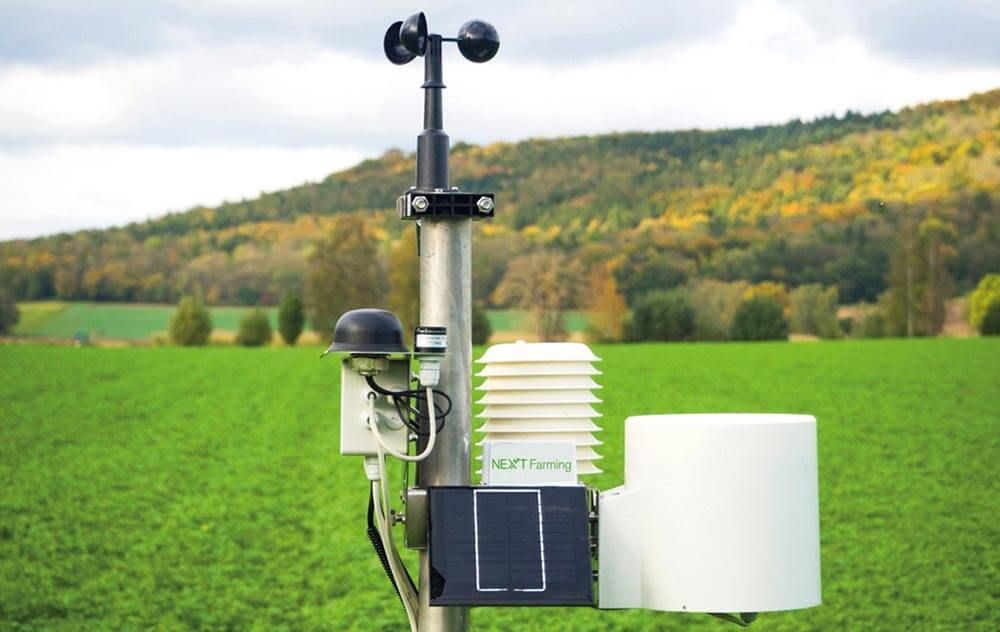 Example of a "Constrained Device": Weatherstation "Nextfarming" by 1NCE Customer FarmFacts on an open field

The short idle mode is then followed by the power saving mode, a kind of deep sleep. The device remains registered in the network, but no longer transmits or receives data. Energy consumption is reduced to a minimum. On the other hand, the station can no longer be reached from outside. Only when the preset interval is over will the device wake up and start to transmit data again.

Depending on the application, it is now up to the developers to determine the ideal time period for their device to remain in sleep mode. While it may be sufficient for a weather station to transmit data only once an hour, a tracking solution for let’s say a vehicle or transported assets would have to report more frequently, so that the current location is always known. The longer the device remains in power-saving mode, the longer the battery lasts. However, the available data is then less accurate.

How does eDRX work?

The term eDRX stands for "extended Discontinuous Reception" and allows developers to customize the idle mode of their device in more detail. For example, eDRX makes it possible to define more precisely the intervals at which the device switches to receive mode to be reachable from the outside. It's a kind of "fine tuning" to save energy, but not to immediately lapse into the power saving mode and keeping the device reachable for as long as possible from the outside. But there is a catch here as well: The function is new and not every network operator supports eDRX yet. eDRX support depends on the network operator

Whether and how eDRX is supported depends largely on the mobile network operator in question. But it gets even more complicated: even if a network operator supports eDRX, they may only be doing it for the provider's own SIM cards. The function is not always available for foreign SIMs. Anyone who is developing IoT products for different target markets and countries must therefore know in advance exactly which requirements apply in the respective area of use. This complicates IoT development and product rollouts. It would be easier to find a more independent method that facilitates power saving.

Next: MQTT vs CoAP and LwM2M

In the second part of our Powersaving in celluar LPWAN blog series we take a closer look on the protocol level on IoT-Devices. How can the protcols assist in power saving?