On all radio standards data can be transmitted with the 1NCE SIM card on a maximum bandwidth of up tto 1Mbit/s.

In order for a device to successfully establish a data connection on either NB-IoT or 2G, 3G, 4G, LTE-M, the 1NCE APN: iot.1nce.net has to be configured.

The 1NCE IoT Lifetime Flat includes network access to all countries on the 1NCE coverage mapthrough NB-IoT, 2G, 3G, 4G and LTE-M with the 1NCE APN without additional cost or additional configuration of the APN. With the data connection each SIM card receives a dedicated private IP address.

The 1NCE APN can be set up manually on the IoT device by setting the APN “iot.1nce.net” in the data network connection section of the device’s configuration menu.

The APN can also be set using an AT command. In this case the “AT command directory” of the respective device manufacturer must be consulted.

The following is an example of how to use an AT command to set the APN on a Quectel BG-96:

(Please note that AT commands vary depending on the device and manufacturer. Please always use the user manual belonging to the device or the AT command directory.)

Currently 1NCE supports the radio standard NB-IoT only via the network of Telekom Deutschland. Telekom Deutschland uses the LTE band 8 for NB-IoT communication. The NB-IoT module, here again using the example of the Quectel BG96, must be configured to band 8 with the following AT command:

In addition, the network of Telekom Deutschland (26201) must also be allocated:

On various devices, the LTE band 8 can also be set manually in the configuration menu.  We recommend that you follow the manufacturer’s instructions in this case.

NarrowBand IoT (NB-IoT) is a cellular based radio standard specifically designed for the Internet of Things (IoT). It is based on LTE network technologies and allows for connecting devices and machines with high radio coverage and low energy consumption.

Thanks to the coverage extension, NB-IoT’s radio signal can now be accessed  in places that are traditionally difficult to access, such as basements. NB-IoT is an LPWA technology (Low Power Wide Area) transmitting on licensed spectrum frequencies. The technical term for NB-IoT is LTE Cat-NB1.

The mobile communications standard NB-IoT is already offered by many MNOs (Mobile Network Operators) and is being continuously expanded. An up-to-date list of the countries and the respective mobile phone providers that offer or expand NB-IoT can be found below: https://www.gsma.com/iot/mobile-iot-commercial-launches/

1NCE uses Deutsche Telekom’s NB-IoT network which offers an almost complete network coverage in Germany. For all countries with NB-IoT coverage have a look at the 1NCE coverage map.

NB-IoT is best suited for stationary devices since it does not support seamless cell handover, which means that the connection has to be re-established again when the devices attaches to a new cell network tower.

Currently, the 1NCE Footprint with the radio standards NB-IoT, 2G, 3G, 4G and LTE-M includes all countries of the European continent (except Turkey and Moldova) as well as Russia, Belarus and Ukraine. In addition, the 1NCE SIM card can also be used in the USA and China, but only for applications that use ‘non-permanent roaming’. The coverage map of 1NCE shows the current availability throughout Europe as well as the USA and China. A detailed list of the current country coverage and the supported radio standards can also be found in the service description and on the 1NCE website.

The mobile communications standard NB-IoT is already offered by many MNOs (Mobile Network Operators) and is being continuously expanded. An up-to-date list of the countries and the respective mobile phone providers that offer or expand NB-IoT can be found below: https://www.gsma.com/iot/mobile-iot-commercial-launches/

1NCE uses Deutsche Telekom’s NB-IoT network which offers an almost complete network coverage in Germany.
When crossing the border between two countries covered by the 1NCE Footprint, the 1NCE SIM card provides smooth connectivity. However, this only works on the radio standards 2G, 3G, 4G and LTE-M. NB-IoT generally does not support the so-called “seamless cell handover”, i.e. the smooth connectivity flow during the radio cell change. In this case, the connection is interrupted and must be re-established. It should also be noted that NB-IoT is not yet supported in all 1NCE footprint countries.

Through partner Deutsche Telekom, 1NCE has two or more partner networks per country in the offered 1NCE Footprint to ensure basic coverage.

The 1NCE IoT Lifetime Flat usually contains 500 MB for a maximum period of 10 years and provides a transparent data connection via NB-IoT, 2G, 3G, 4G and LTE-M. The customer’s application usually uses TCP or UDP as the transport protocol.

The included data volume is measured and billed to the nearest 1kByte. This includes both so-called overhead data, which is generated by the use of protocols such as UDP or TCP, as well as the actual payload (the user data). All transport data between the device or modem and the application server are calculated. This includes both uplink and downlink data packets.

For data transmission in the 1NCE network and in the 1NCE roaming partner networks, the respective security mechanisms of the various mobile radio standards are applied. Data transmission via the Internet to the IoT application server can be secured by a VPN connection.

1NCE offers the OpenVPN client already included in the 1NCE IoT Lifetime Flat as standard, while an IPSec solution is offered at an extra charge.

In contrast to mobile phone tariffs of the consumer environment, it might be common that IoT and M2M devices sometimes do not transmit data over very long periods of time. The 1NCE IoT Lifetime Flat meets this special requirement and allows IoT users to leave their devices inactive for up to 18 months. This also covers the maximum duration of the NB-IoT sleep mode.

If a SIM card has used up the included volume of 500 MB before the end of the activation period of 10 years, it will remain activated for a maximum of 18 months. During this period, the customer has the option of reordering a further 500 MB data volume. If no additional data volume is booked within these 18 months, the SIM card will automatically be deactivated by the system with effect from the end of the 18th month.

The purchase of additional data volume is possible at any time. If the 500 MB included in the 1NCE IoT Lifetime Flat are used up, another 500 MB can be purchased for another 10 EUR. Such a TopUp is of course also possible at any other consumption level. The activation period of 10 years remains unaffected. For each SIM card whose data consumption has reached 80% of the volume included in the 1NCE IoT Lifetime Flat (500 MB), the customer automatically receives a message on the consumption level as well as a reference to the subsequent booking option for a further 500 MB.

In addition, a customer has the option of reactivating his card within the first 12 months of the expiry date of the contract period, at the then applicable conditions. After the expiry of this transitional period, the contract for the corresponding card will terminate indefinitively without any notice of termination being required.

Therefore, to connect a device to the 1NCE network using 2G, 3G, 4G or NB-IoT the 1NCE APN needs to be defined on the device carrying the 1NCE SIM card. The 1NCE APN: iot.1nce.net

The 1NCE IoT Lifetime Flat includes 250 SMS. The SMS can be sent both as so-called Mobile Terminated (MT) or Mobile Originated (MO) SMS. SMS messages sent from one terminal device to another terminal device are not supported.

However, text messages are relevant for wake-up messages from the IoT application (application-oriented SMS) to the endpoint (mobile terminated). Therefore, sending and receiving text messages between SIM card devices and server is supported.

In the 1NCE Customer Portal on the “SMS” view of the “My SIMs” tab you can send a SMS (MT) directly out from the Customer Portal to the application device. When clicking on the “Configuration” tab the function SMS Forwarding Configuration can be found.

Using the API functionality SIM Cards can also be administered directly via web services and includes also requests to manage your SMS.

Open VPN is free of charge and the recommended application setup by 1NCE to establish a secure data connection between the 1NCE network and the customers server.

Therefore, the OpenVPN client needs to be installed on the customer server (aka application server) to which the data of the device shall be transmitted. The OpenVPN connection to the 1NCE network is established by the OpenVPN client, that can be downloaded via the 1NCE Customer Portal on the “Configuration” tab.

There are two different versions for Windows and for Linux/MacOS available.

1NCE offers an Application Programming Interface (hereinafter referred to as “API”) already included in the 1NCE IoT Lifetime Flat that allows users to implement the most important functions of the Customer Portal into a customer’s environment. The supported functions of the 1NCE API generally enables the customer to manage, control and monitor the 1NCE SIM Cards from an external system.

The 1NCE API and a short documentation can be found here.

1NCE offers a service called “Data Streams”. The Data Stream service allows to subscribe to real-time Event and Usage Data for all SIM Cards by pushing data directly to the customer server or an already integrated cloud service such as AWS Kinesis, DataDog or Keen.io. Currently the Data Stream service allows for three individual streams (Usage Data, Events and Usage Data & Events), which can be managed via the Customer Portal.

Customers can pause and resume the stream at any time by using the action buttons next to the stream details.

For setting up the Data Streams for a RestAPI or RestAPI in Bulk mode the specification of an API Callback is required. The 1NCE Data Stream acts as an HTTP Client and needs an HTTP Server to handle each Post. Every sent message includes an array of one or more objects. 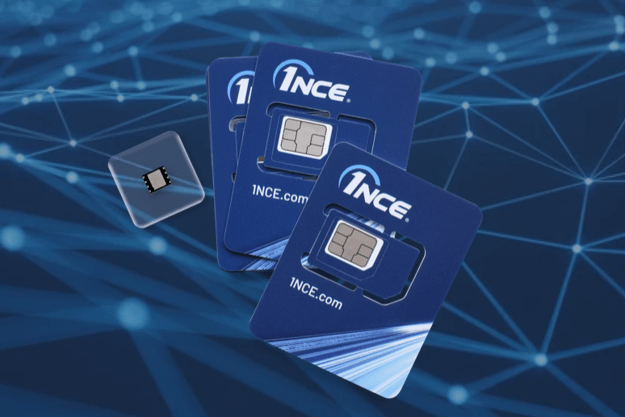